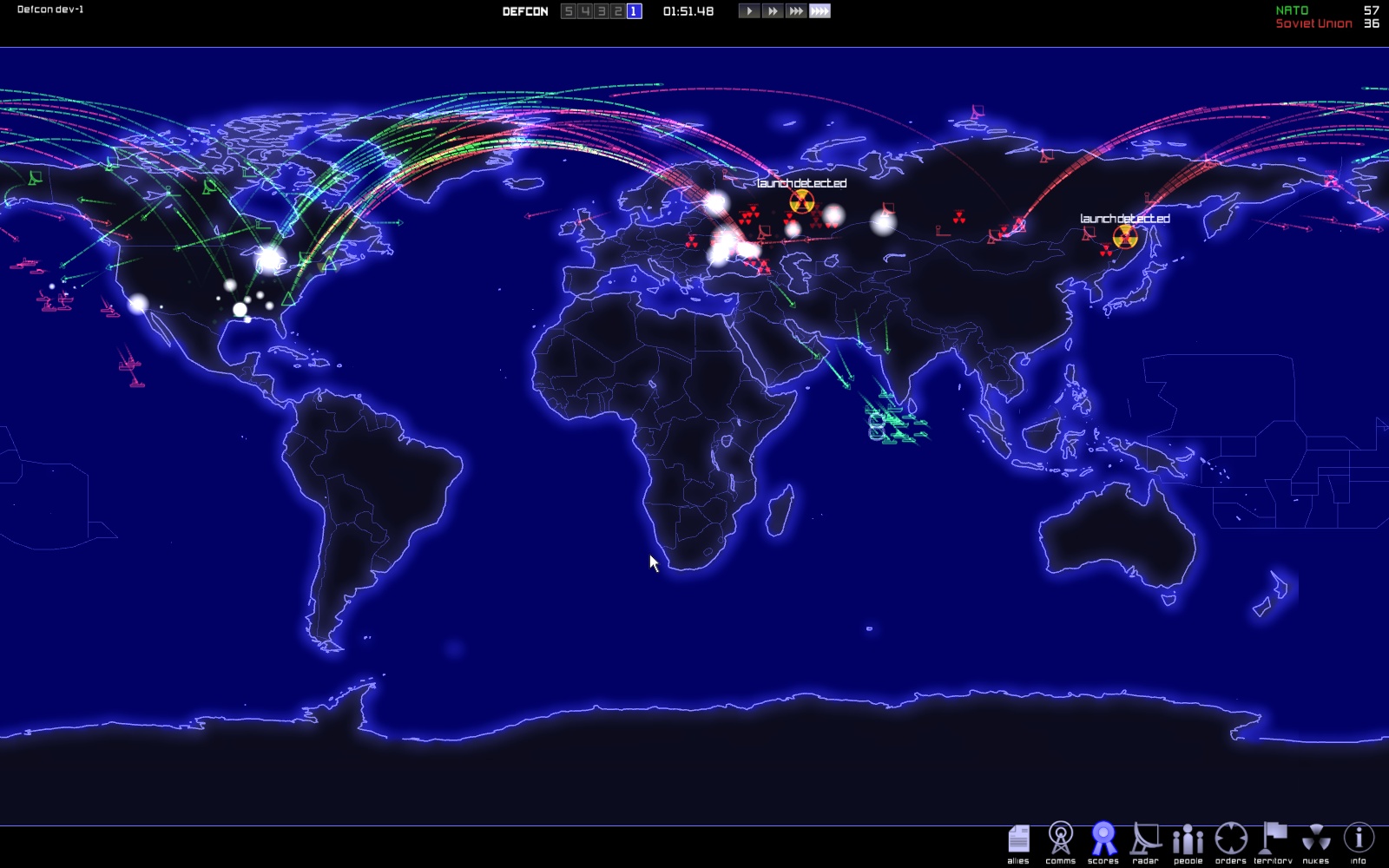 I keep forgetting about DEFCON, an upcoming game from Introversion. Introversion also made Darwinia, which won the top prize at the Independent Games Festival this March. Taken as an idea from the war simulation “game” shown in WarGames, this is like a dream come true. Admitting my geeky ways started very early, I loved that movie when I was younger and so much so that I once got in trouble for ordering it pay-per-view without permission. I’m not too well versed in RTS titles, having only liked Dune 2000 way back when and, more recently, Lord of the Rings: Battle for Middle-Earth II. This looks great, mixing nostalgia, the gameplay hinted at in the movie with some simple yet clever graphics. Recent word is that DEFCON is set for a September release. I can’t wait.